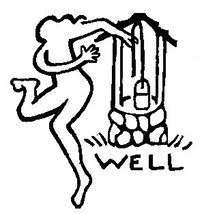 Women Educating, Learning and Leading (WELL) has a long and interesting herstory.

​It started as WOMEN IN EDUCATION AND LANGUAGE LEARNING (WELL) NETWORK at Nagoya JALT, November 4, 1995, where 14 Japanese and foreign women language teachers gathered to discuss their concerns as women educators and brainstorm plans of action.

The eight workshops at the first WELL Retreat covered AIDS, sexual harassment, lesson planning for feminist classes, teaching women’s studies and literature. Women came from as far as Kyushu with all stops in-between.

Workshops included sessions on “Gender-Neutrality in Buddhist Language”, “Fighting Sex Discrimination at the Institutional Level”, “Fighting Homophobia in Texts: A Successful Case”, “Warrior Marks”, “Korean Women and Their Families”, “Women and Aging: Lessons from translating Betty Friedan’s The Fountain of Age and Barbara McDonald’sLook me in the Eye”, “Women and Health Care: Some Ideas on Teaching the Issues”, “slide show of Michigan Womyn’s Music Festival” “Women Word Explorer―discovering linguistic sexism in English and Japanese”, “Creating the Classroom we want”, “Studying Feminism and the Environment”

Workshops included “Basic financial planning strategies”, “Women learning about themselves: teaching gender studies to university women”, “Dealing with Gender Sensitive issues when they arise in the classroom”, “Don’t hold my hand, Mommy: empowering female learners”, “Book browsing in a multicultural bookstore”, “Games and activities to heighten gender awareness”, “Self Defense: Body and Mind”, “MOVIE: The Company of Strangers” , “Movement and Relaxation to end your day” “Stretch and Bend…exercises to start your day”, “English Imperialism and Us”

Workshops included “Diverse Identities by various activists”, “Poetry Readings”, “Report of the 6th International Congress of AIDS and Asia and the Pacific”, “Writing and Publishing ESL Textbooks for the Japanese Market”, “Terror Stronger than WTC Attacks―a report from a Japanese who stayed in NY on 9/11”,

Workshops included Confessions of a Recovering Retiree Wannabee”, “New York after 9/11”, “The ‘Being A Broad’ Story”, “Art-Workshop in Palestinian Refugee Camp in Lebanon”,

Workshops included “People not being silent―a year after 9.11 in NY”, “Managing your States”, “More than ‘Enough to get by’: Empowering your stay in Japan through Japanese Language Study”, “Making the most of your life in Japan”, “The Future of Homosexuals in Japan”, “So you’re Looking for a University Job? What is a university’s hiring process like? How can you spiff up your resume?” “ “The Use of Ethical Guidelines in Educational Research in Japan: a Collaborative Discussion” “Improvisational Drama Games”, “The Entertainment Industry and Female Trafficking into Japan”, “’Hibakusha’ Victims of Atomic Radiation”


Workshops included “Off Our Chests: Pedagogical Frustrations, Support and Advice”, “Teaching Global Issues in College English Classrooms: Relevant videos and group activities”, “Report from Brazil―World Social Forum, 2005”, “I’ve got to do something! Expat Democrats in Tokyo Returning to the (US?)”, “Experiential Education: Turning Students into Global Citizens”, “English Listening Activities Using Tasks”, “Learning Nihongo: Give and Get Tips and Tricks to Help You Learn”, “The Women’s International War Crimes Tribunal on Japan’s Military Sexual Slavery, and it’s NHK Coverage” , “One Okinawan Woman’s Herstory”, “Introduction and Demonstration the Love Peace Club”, “Women Empowerment”, “Testimony of Domestic Violence Survival”, “Sensuality of the Soul”, “Women in Japan: Memories of the Past, Dreams for the Future”, “Life in Immigration Detention in Japan”, “Internal Refugees in Mindanao Under the Anti-Terrorist Campaign of the Philippine Government”, “Balancing the Paradoxes”

Workshops included “Womyn in Space: NASA astronauts”, “Save the earth while teaching conservation”, “Kids published classroom newspapers and magazines”, “Drama/Drama games in the classroom”, “Share and Share Alike-What works 4U will inspire me”, “Teachers get a life and unwind with Shiatsu”, “Traditional Native Healing Hair wraps”,